Islam is a religion that has spread rapidly since its emergence fourteen centuries ago. Doubtlessly, this is due to its well-established rules that made millions of people be accepting Islam as a way of life. Let's examine closely some of those rules and instructions to see how great Islam is.

Greeting is a universal custom that implies many beautiful meanings like exchanging feelings of love and fraternity. The Islamic expression of greeting is A’ssalamu alaikum wa rahmatu allahi wa barakatu. (May peace, mercy, and blessings of Allah be upon you)What are the meanings this expression conveys?

1. It shows a kind of mutual love
2. It is a sign of unwillingness of having quarrels and wars.
3. It displays the readiness of building strong relationships with others.

All of the above meanings reflect the real message of Islam, which took its name from the Arabic word "salam", peace. It aims to create an atmosphere which is full of peace and love and empty from disagreement, and hatred. Naturally, if people's emotions and interests haven’t been organized and limited to a certain extent, lots of moral and psychological problems may occur. For this reason, while greeting, Islam has permitted people to shake hands with others from their sex only, i.e. men are not allowed to shake hands with women. However, they are allowed to shake hands with their mothers, wives, sisters, aunts, and grandmothers.

By examining some scientific discoveries behind why men shouldn’t shake hands with women, scientists of human anatomy have found the reason. There are about ﬁve million sensory cells in each human body. If a man touches a woman for the sake of greeting, these, cells will be activated and thus increases sexual desire. This is due to the neural connection between the nerves of sexual desire and touching, hearing, sight, and smell senses.

NOW, give your mind some time to think of what might happen to humanity if everyone follows his desires without any limits?

The need for socialization and being connected to a group of people is innate. This is because a person can't live alone during the course of his life. If he/she does so, lots of psychological diseases will attack him/her. So, Islam has given instructions to arrange a person's relationships with people surrounding him/ her. The following are some of these relationships.

Parents have a great position in Islam because of their signiﬁcant role and effort to raise "good" children. Allah has ordered Muslims to respectfully obey their parents. He said in chapter fifteen of the Holy Quran (which means):” Thy Lord hath decreed, that ye worship non save him, and (that ye show) kindness to parents. If one of them or both of them attain old age with thee, say not “Fie“ unto them nor repulse them, but speak unto them a gracious word.”

From the Holy Quran and the saying of the prophet (PBUH) we can infer that Islam asks us to obey our parents and deal with them in a respectful manner. When we speak, our voice shouldn‘t be louder than theirs. We shouldn’t show any sign of boredom or frustration when they ask us to do something for them. We ought to visit them a lot and not let them feel they lack something. Moreover, we should be frank with them and let them know our last news in life. If somebody hurts them, we must defend them, regardless how close that person would be to us.

These are some Islamic instructions to deal with parents as a way of expressing our gratitude towards what they have done for us. Frankly, their efforts towards us are precious and priceless.

Since Islam demands us of having good relationships with people, it asks us to construct solid links with those who live next to or adjacent to us. Those people are of a great importance, as well as our parents. In chapter four of the Holy Quran, the Merciful Allah said (in which means):" And serve Allah. Ascribe no thing as partner unto him. (Show) kindness unto parents, and unto near kindred, and orphans, and the needy, and unto the neighbour who is of kin (unto you) and the neighbour who is not of kin…" It is obvious from this verse that Allah has given the same emphasis to the importance of both the parents and the neighbours. (Al ahdal, 2004)

This holy verse highlights the fact that neighbours have rights in Islam. The following are some of these rights:
1. Helping neighbours in doing a job if they need so.
2. Sharing the feelings of sadness if a trauma encounters them.
3. Sharing the feelings of happiness if they have nice occasions.
4. Giving them what they need if you have it.
5. Sharing food with them, especially if they smell it.
6. Taking neighbours’ permission when wanting to sell or rent your house. This is because selling or renting your house might bring them a new neighbor who doesn’t respect them or they might have the interest to purchase or rent it.
7. Avoiding what might annoy neighbours such as making noises or producing odour.

You need to kindly deal with your neighbours because they live near you and thus they considered to be the ﬁrst one who will offer you assistance. In this life, it is inevitable to live without coming across obstacles in which you will need your neighbours to be in your side.

NOW, give your mind some time to think about a society whose members deal with each other in this way. Will that society be damaged internally or externally in an easy way?

Reference:
The above information was taken from a leaflet titled:
"The Greatness of Islam", by Deanship of Students Affairs, Department of Religious Counseling & Guidance, Islamic Cultural Society, Sultan Qaboos University. 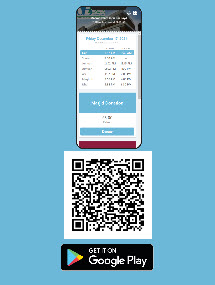